What's Happening in the Rings 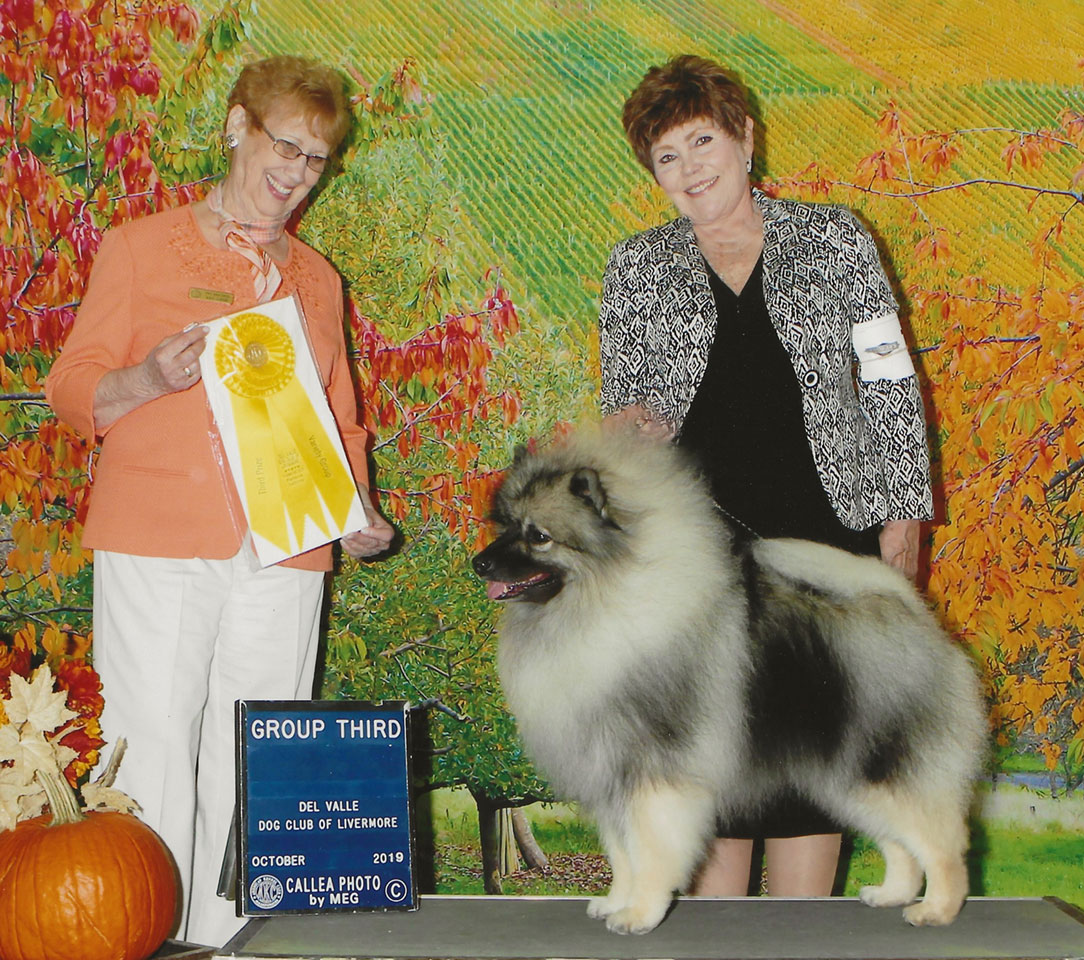 GCHB Windrift's The Force Awakens just arrived in California and has awakened the judges!

Finn finished his championship at the National and going Best In Sweeps. The past year he was Select Dog. He was shown by co-owner Anna Boehringer and has won many group placements and many Best Owner Handler placements. Looking forward for doing some Special things with this young boy! 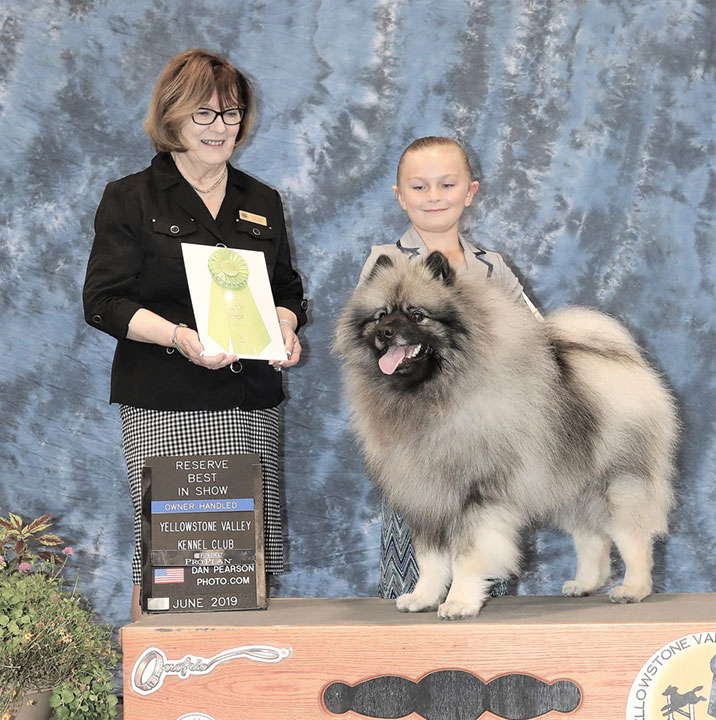 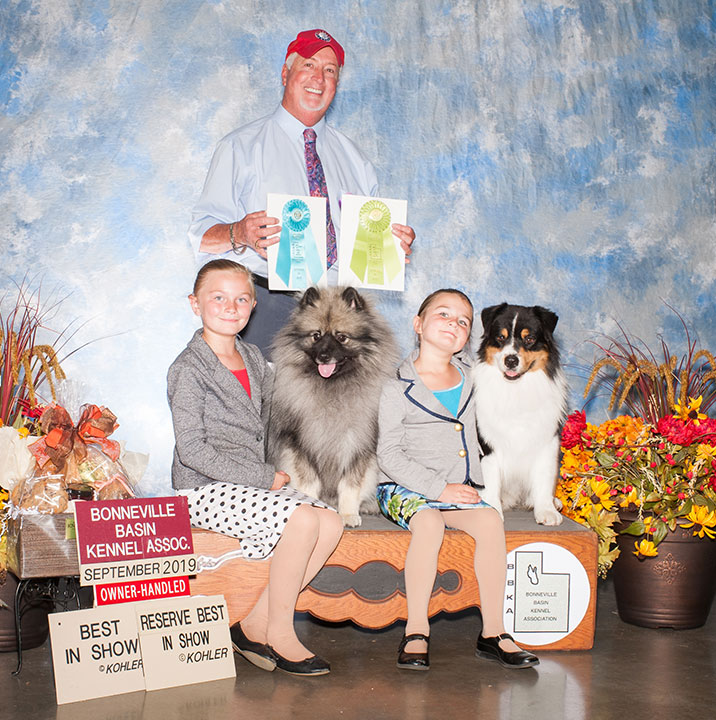 GCH CH Windrift’s Living The Dream is #4 in the National Owner-Handled Series.

Tug has won numerous group placements in the regular and owner handled group rings this year.

Keeshond Club Of America National (May 2019) 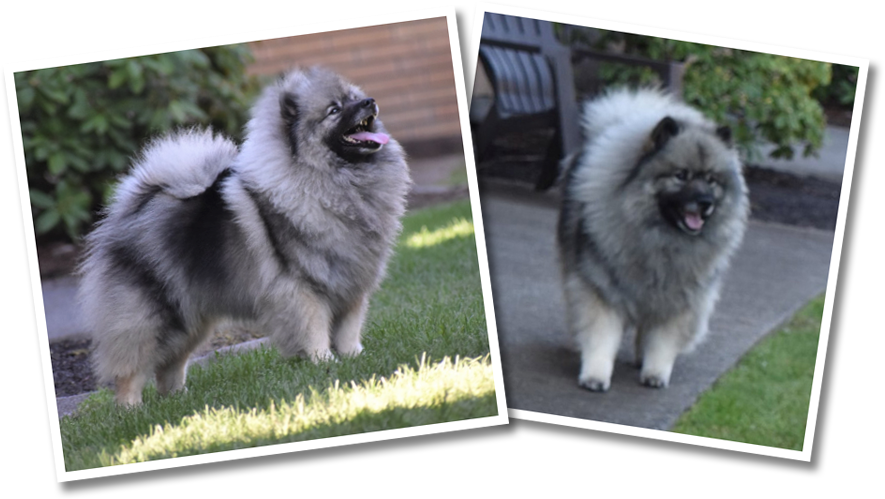 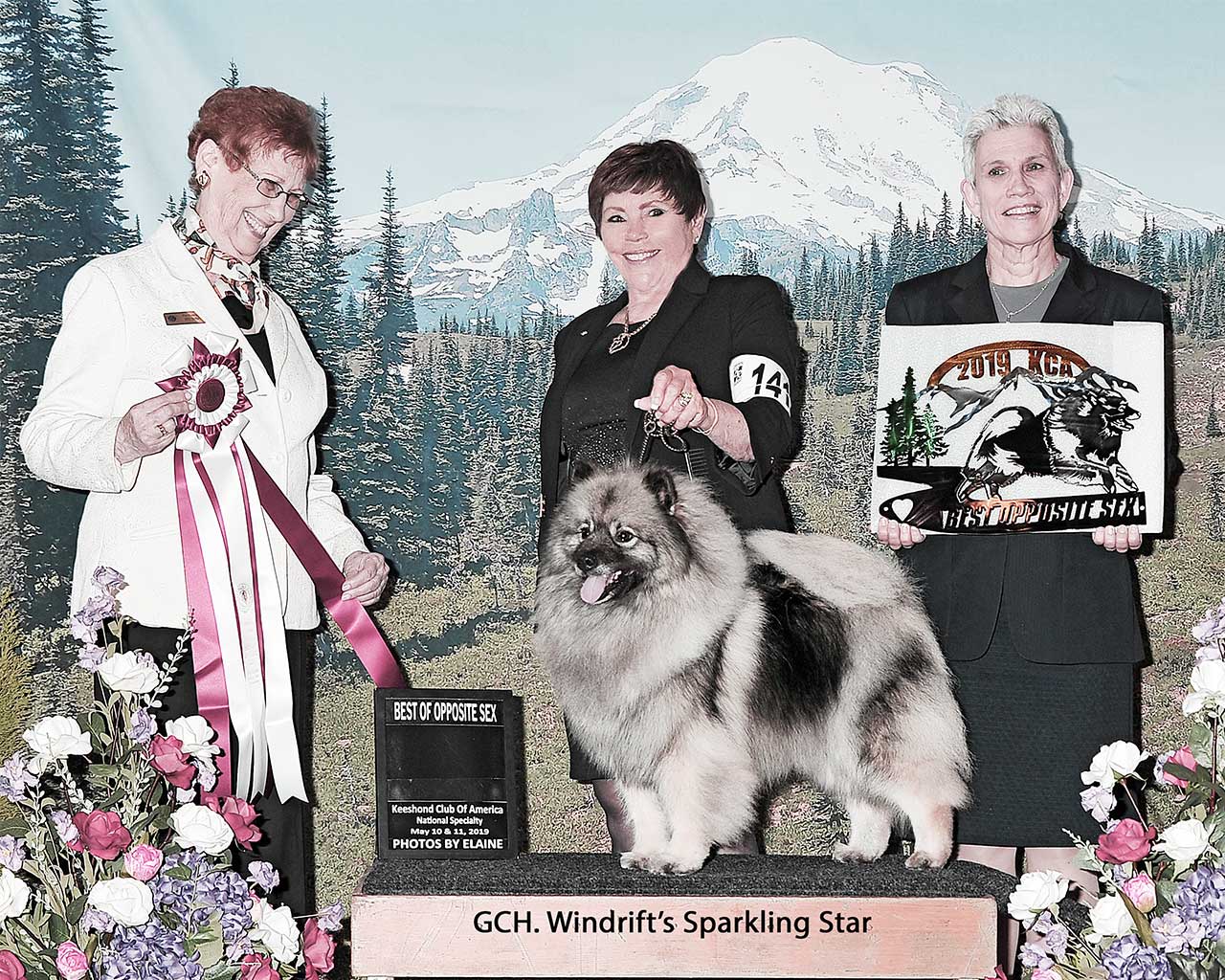 Sparkle finished her championship in five shows (all majors). During that time she won two BEST IN SHOWS BRED BYs. Just before the National she attended the California Sequoia Keeshond Specialty and won Best Opposite Sex. Sparkle's career started off sparkling!

New Champion - Windrift's Out Of This World better known as Pluto! 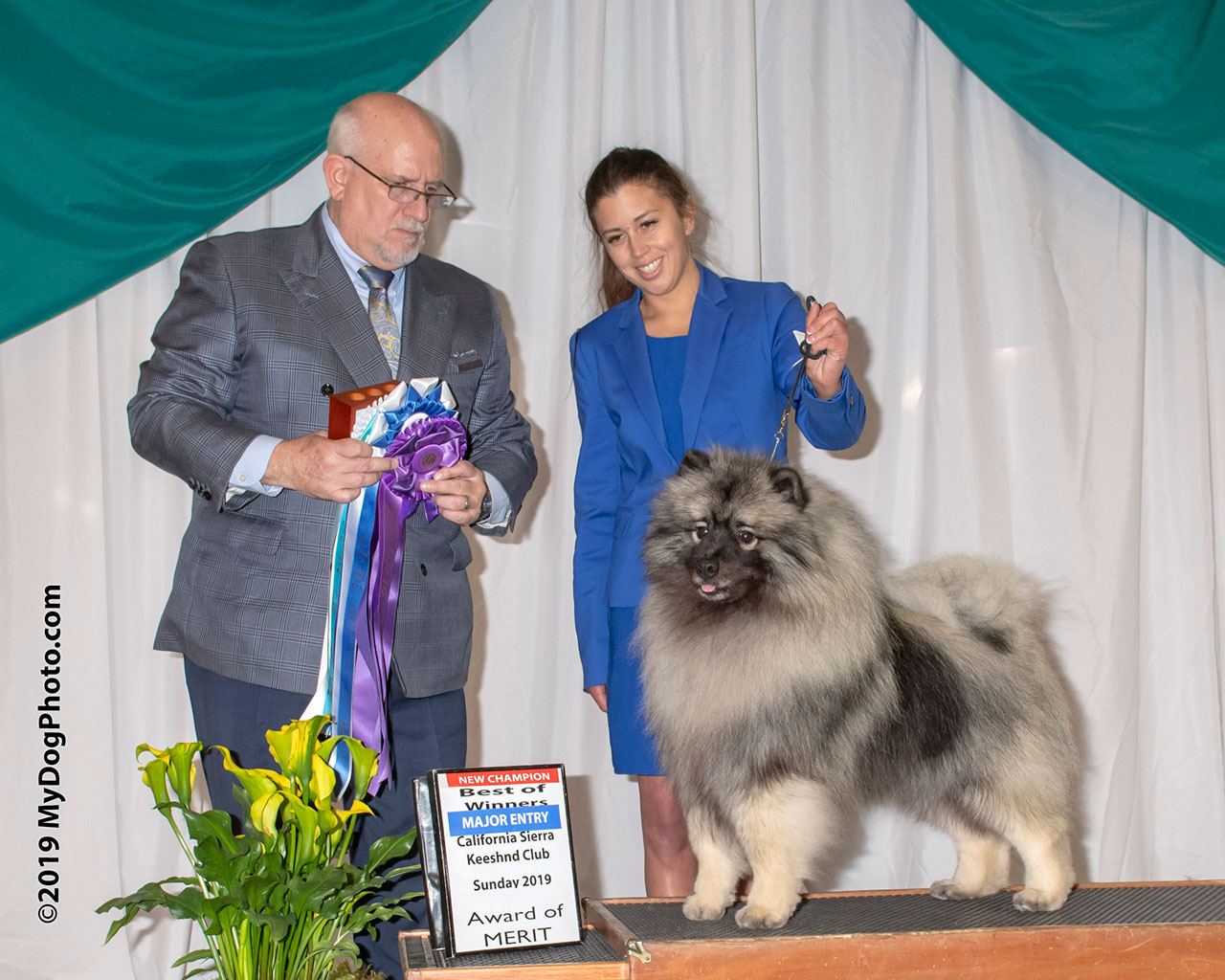 Sky is now being shown by Karen. 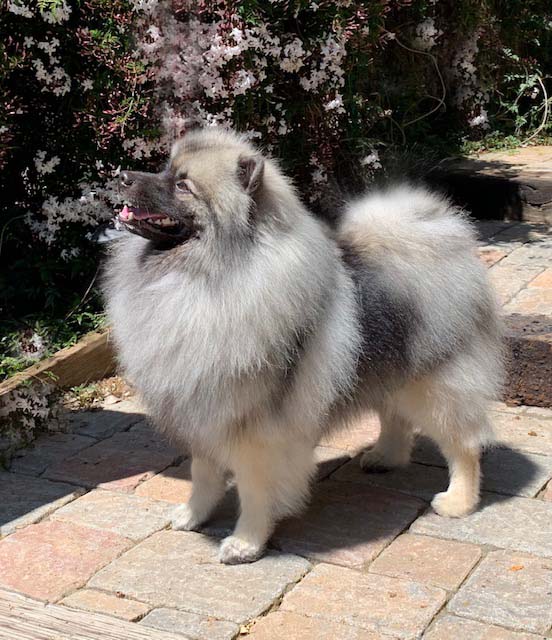 Dam: GCHB Windrift's Out Back Up Front

Elliott is shown winning the Specialty under Judge Gomes 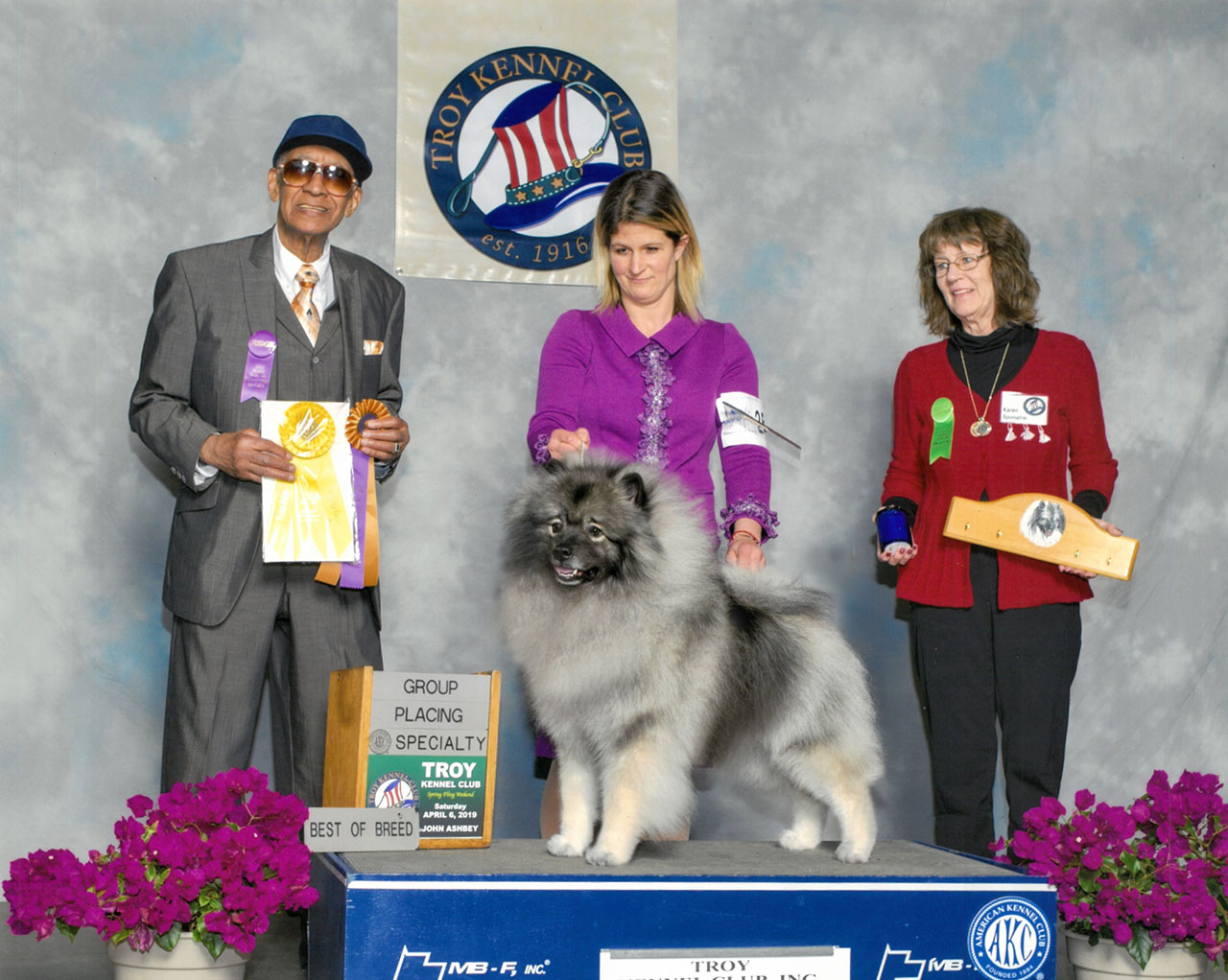 Ch. Windrift's Sparkling Star was shown at the California Sierra Keeshond Specialty this past weekend that was in conjunction with the Sacramento K.C. show. Sparkle came home with two Best Opposite Sex wins. This is the first time Sparkle has been out since she finished her championship. Sparkle has won two Best In Shows Bred By while she finished her championship. We are now looking forward to many more wins from this lovely bitch.

Sparkle had one of her puppies (Windrift's Who's Sparkling Now) out this past weekend and she won WB and BW for a major win. Photo to follow. Owner: Cori Gentry. 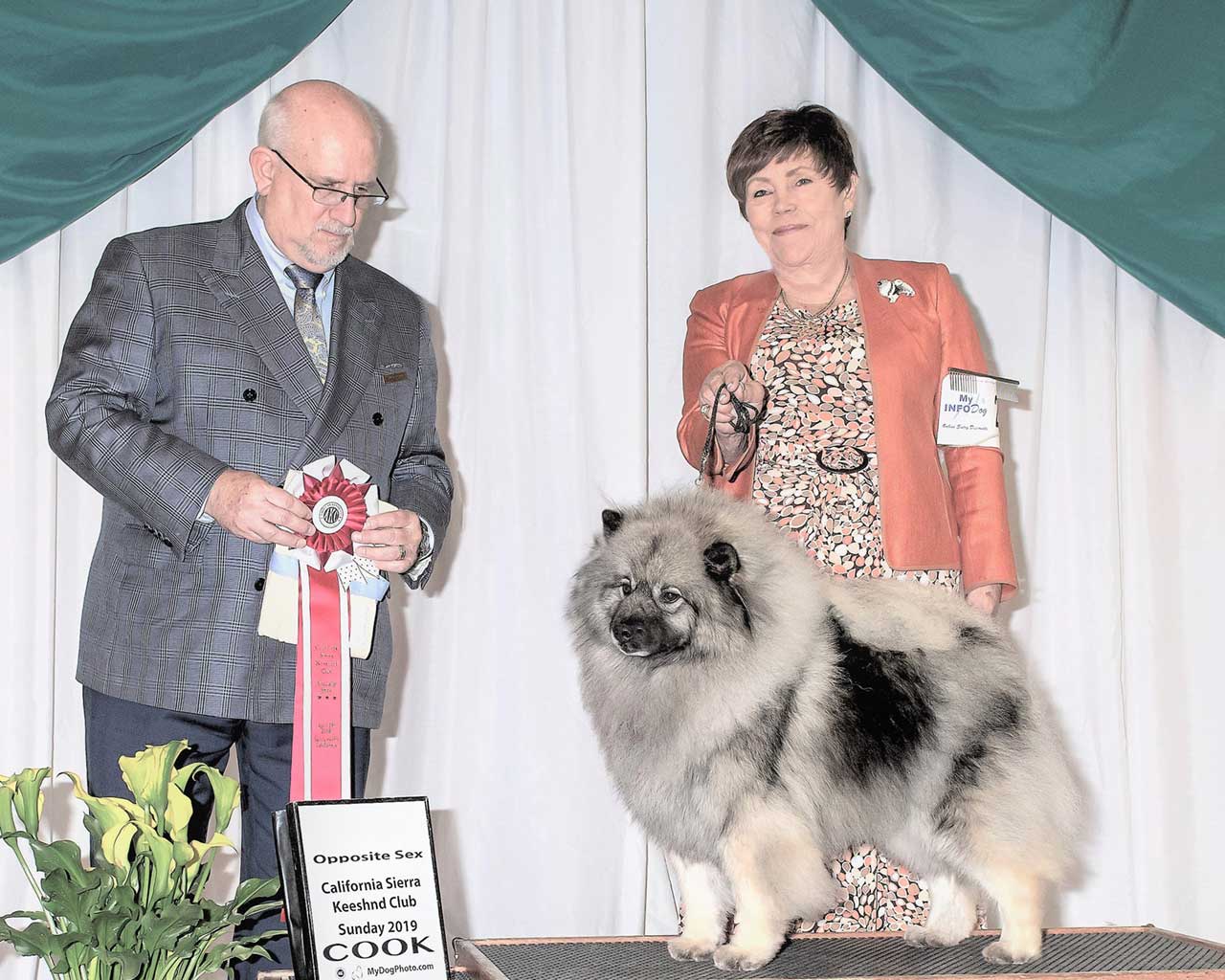 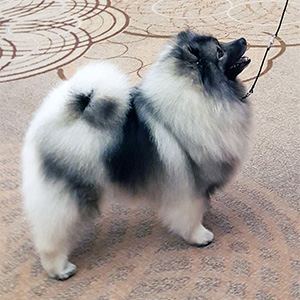 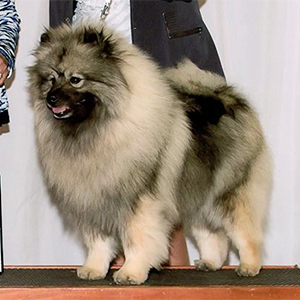